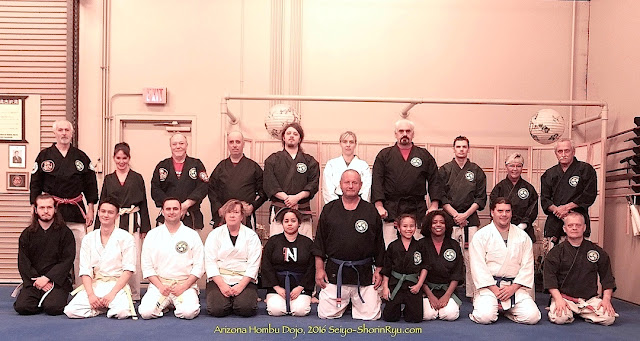 At the Seiyo no Shorin-Ryu Karate Kobudo Kai Hombu in Mesa, Arizona, the clientele are more than customers - each and everyone is a member of the Shorin-Ryu Karate family and most spend time at the dojo together, as well as training and recreating together outside the dojo.

Because of the friendly atmosphere of the dojo, most everyone spends a few minutes before class talking about recent events, activities, work, and family matters. And when Soke Hausel steps into the dojo, the students start filing into the training area by bowing (rei)(礼) deeply to the dojo, which is part of the etiquette of traditional Okinawan martial arts. When called to attention, everyone lines up by rank for an opening ceremony which assists in the instilling of respect for the martial arts. The ceremony is giving in Japanese language, with a purpose of showing respect not only for the martial arts, but also for one another, the instructor, and those who have kept traditional martial arts alive by handing down the arts.

In the traditional martial arts, people are taught respect because they are learning an art that could seriously injure another person if misused. As such, aggressive mentalities like those shown in the 1984 Karate Kid movie, are extremely rare in the traditional arts. People are encouraged to show concern about one another, just like in the Miyagi karate-do of the Karate Kid movie. 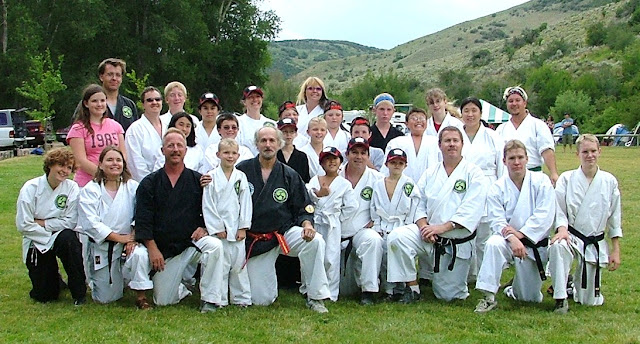 Soke Hausel previously taught traditional martial arts at the University of Wyoming, is an active member of Juko Kai International, and has been training in martial arts his entire life. Because of his background, members of the Arizona Hombu are introduced to a large variety of Okinawa and Japanese martial arts. Because of his extensive background in teaching at UW and three other universities, Soke has yudansha students scattered worldwide, with affiliated dojo in some other countries.

New students and families are always welcome (yokoso) to attend classes at the Hombu dojo in Mesa, which includes grandmas, grandpas, fathers, mothers, uncles, aunts, college and high school students,  daughters, sons and grandkids. However, the classes are unique in that they focus on adults working with other adults, and the kids who attend with their parents or grandparents, train with their parents. For kids, they must attend the classes and train with their parent or grandparent, and they must be focused so they will not disturb other members. For those interested in training at the Arizona hombu dojo, the dojo has a peanut gallery in the back where you can walk in and sit down and watch a class or two to be sure the dojo is right for you.

Our head instructor continues to work towards perfection in teaching the martial arts because he loves to teach and loves martial arts and has been training since 1964.


See more on Soke from Gilbert Arizona, and the Arizona hombu dojo in Mesa, Arizona on various blogs and news articles.

Soke Hausel with some of his Shihan and Sensei from Arizona, Colorado and Wyoming Soke Hausel (Arizona Republic Photo) "How d... 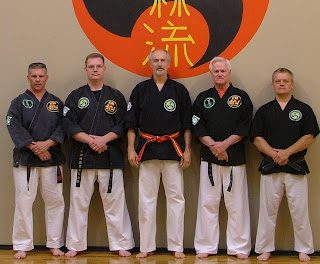 Welcome to the World of Shorin-Ryu Karate